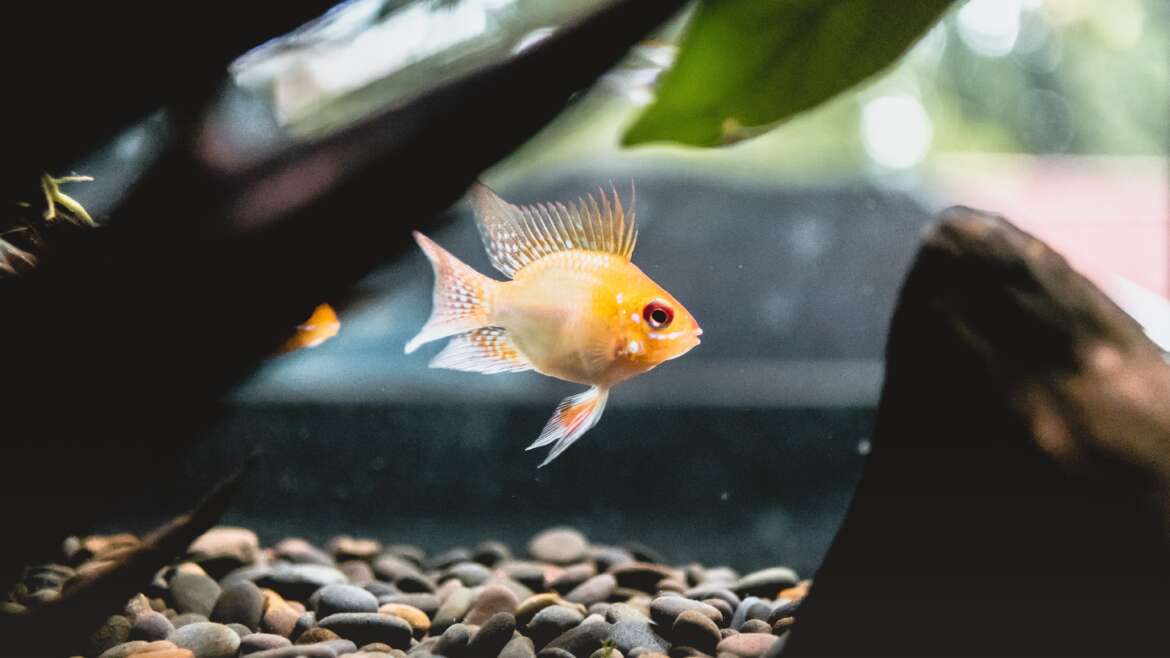 Everybody poops, including fish. Unfortunately, it’s up to us to clean up that mess before it fouls the water. In nature, most fish live in rushing streams or huge lakes, so they can just swim away if a messy area is bugging them, but we usually keep our aquatic critters in a couple square feet of water, so there aren’t many places to hide.

We could make sure each fish has so much space it doesn’t matter, or we could change the water twice a day, but neither of those makes owning a pet fish exactly pleasant. So instead, we turn to science! Cycling is slang for ‘establishing the nitrogen cycle.’ The nitrogen cycle is one of the most important things to understand when starting a new aquarium, and once you’ve got this figured out, everything gets easier. Kind of.

So, what is the nitrogen cycle? Well, this little graphic might help. 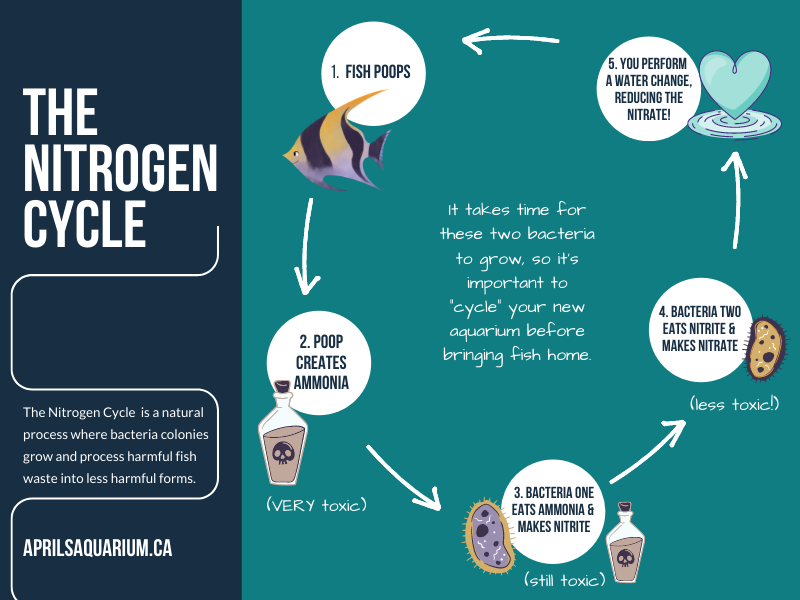 Establishing a nitrogen cycle ensures that enough beneficial bacteria (BB) is present in the aquarium to offset toxic waste (ammonia and nitrite). By creating a nitrogen cycle, you can grow colonies of safe bacteria to counteract the harmful ammonia produced from fish poop and other aquarium junk.

The toxic junk, ammonia, comes from fish waste, old food, and rotting plants. It is very bad for aquarium life, and even a little bit can kill your new pets! When it’s present in the water, though, a bacteria forms that eat up the ammonia, and turns it into something new: nitrite. Nitrite isn’t any better than ammonia, but we’re getting there! Once nitrite is in the water, a new bacteria grows, one that eats (you guessed it) nitrite, and turns it into nitrate! Nitrate is much, much safer for your aquatic friends, and your plants actually use it as a food source.

To give you some scale, just .25 PPM (parts per million) of ammonia can affect your fish, but you can have up to 30PPM of nitrate without causing any harm! That’s 120 times less harmful! So if you were to not cycle your aquarium, you would need to do water changes about 120 times more often. Sound fun? It really doesn’t to us.

So on to the main question; HOW do you safely cycle your aquarium?

What we need to do is grow colonies of beneficial bacteria in the aquarium. Sound easy? It is! It’s just kind of slow.

There are two ways of cycling your aquarium: fish-in, and empty.

For both methods, you’re going to need a testing kit that shows you ammonia, nitrite, and nitrate. PH, KH, and GH are other great tests, but it’s okay if you don’t have those yet. You’ll also need a water conditioner, preferably one called Prime by Seachem, as it has extra benefits.

This is the process of putting a particularly hardy fish into a freshly filled aquarium and letting it create enough ammonia to start the cycling process. (Keep in mind that there is a chance of losing your fish in the process so it isn’t the best method, but sometimes it’s what you need to do! People often learn about the nitrogen cycle after they’ve brought a new pet home, and then fish-in cycling what they are stuck doing. You’re most likely to succeed with livebearers, bettas, danio, and goldfish. The fewer fish the easier it will be.

So if you’re doing fish-in cycling, be sure to set up your tank properly with the following: a filter (this is where most of the BB live), a substrate of choice, a heater (if required for your species; it usually is), and a light. Make sure you’ve dechlorinated the water, that the temperature is appropriate for your new fish friend, and that you acclimate them properly.

Don’t feed them for the first day. When you do feed them, make sure to use a little less than recommended UNTIL YOU’re DONE CYCLING.

2. Test the water for ammonia every 24 hours (change the water if necessary)

Every 24 hours, test the water for ammonia. If you don’t have any, don’t do anything. Once you see ammonia, watch it carefully. You want it to hover at just under 1PPM. If it hits 1PPM, do a 40% water change. If you see it spike above that, add a dose of Prime (which doesn’t just dechlorinate water, but also protects your fish from ammonia).

3. Test for nitrite. (Do a water change or dose with Prime if it spikes)

Once your ammonia stops rising as quickly, or five days after ammonia was visible, it’s time to start testing nitrite as well as ammonia. Keep a close eye on both. Hopefully, nitrite will show up quickly! Now treat the nitrite the same as ammonia; if it goes over 1, do a water change. If it has a big spike, dose with prime, too.

Five days after nitrite starts appearing, start testing for nitrate. This can take one to three weeks, but it’ll show up eventually. Once you see it, you’re almost done! You need to keep monitoring all three (ammonia, nitrite, and nitrate) and change water as necessary. Once you see 0 ammonia, 0 nitrite, and some nitrate, watch it for just a couple more days. If it stays stable, then you’re cycled! Celebrate, because you earned it.

This is the same principle as the fish-in method above, except it is safer for your fish.

1. Add an outside ammonia source

Outside ammonia sources you can add to your tank include: ammonium chloride that you buy specifically for cycling tanks,fish food you can add every day, or even a single raw shrimp (the kind you eat; it works very fast, but it’s a bit gross, not going to lie).

2. Test the water and do 50% water changes if PPM gets too high

Whatever your ammonia source (ammonium chloride or food daily, or just leaving a shrimp in) you need to start testing your water after the first day. Why? Well, BB also don’t like ammonia, and any reading over 3PPM will slow the cycling process down. So keep an eye on it, and perform 50% water changes if you see it creeping over 2PPM.

3. After five days, test for Nitrite and monitor PPM

After five days, start testing for Nitrite. Ensure that also stays around or under 2PPM, and perform water changes if it gets too high. The great part about this method is that if you mess up and ammonia or nitrite gets too high, you lose a day, not a fish!

4. Wait another five days and test for Nitrate

Five days after seeing nitrite, start testing for nitrate. Once you see it, you’re almost done!

5. Keep monitoring all three (ammonia, nitrite, and nitrate) and change water as necessary.

Eventually, you’ll see 0 ammonia, 0 nitrite, and some nitrate. Once that happens, watch it for just a couple more days. If it stays stable, then you’re cycled! Celebrate by removing that icky shrimp and acclimating your new fish.

Beneficial bacteria eat just like other organisms, so if you aren’t adding fish right away, be sure to keep feeding your empty tank in whatever way you were before.

Whether you choose fish-in cycling or empty cycling, let us know if you have any questions or concerns! Remember to just add a few fish at a time, and test your water regularly to be sure everything is staying stable. This is one of the hardest things to learn in aquarium keeping, so if you have this down, you can do anything. See you soon at your local fish store! 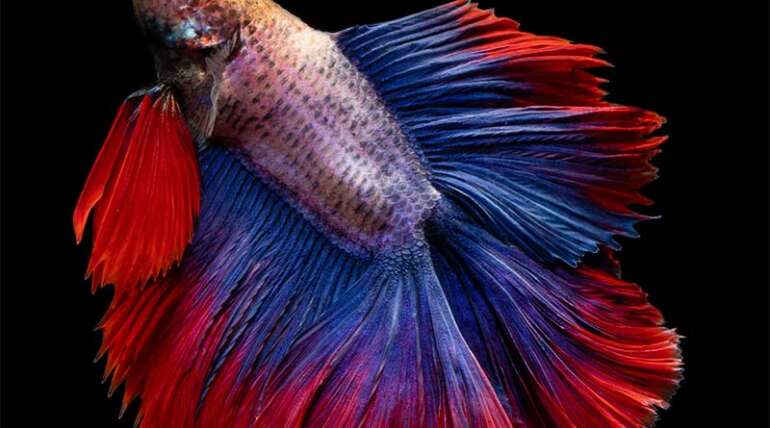 What do Bettas Really Need? 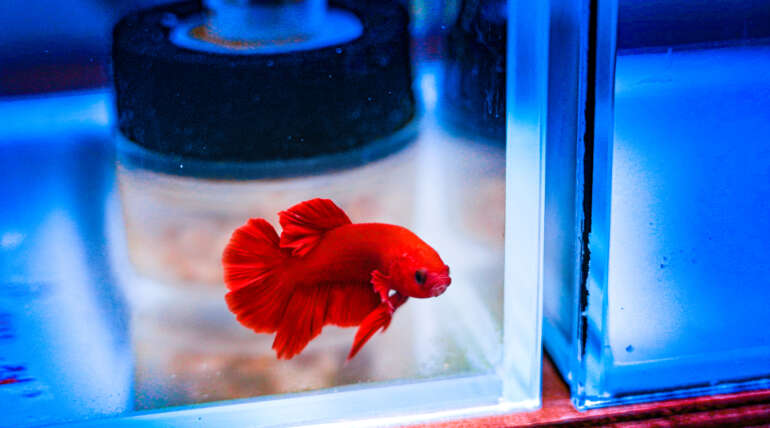 Quarantine Procedures: Why, What, and How

What Test Kits Should I Have?

Salt in Your Freshwater Aquarium